Just a small update here – the weather has not really been cooperating, and the few clear nights I’ve had were accompanied by a high and bright moon. But I did get the gear out and practice a bit.

I was kindof hoping to gather some more data for the Leo Triplet and finish a color rendering, but the moon was literally right in front of it, so I took a pass at Markarian’s Chain instead: 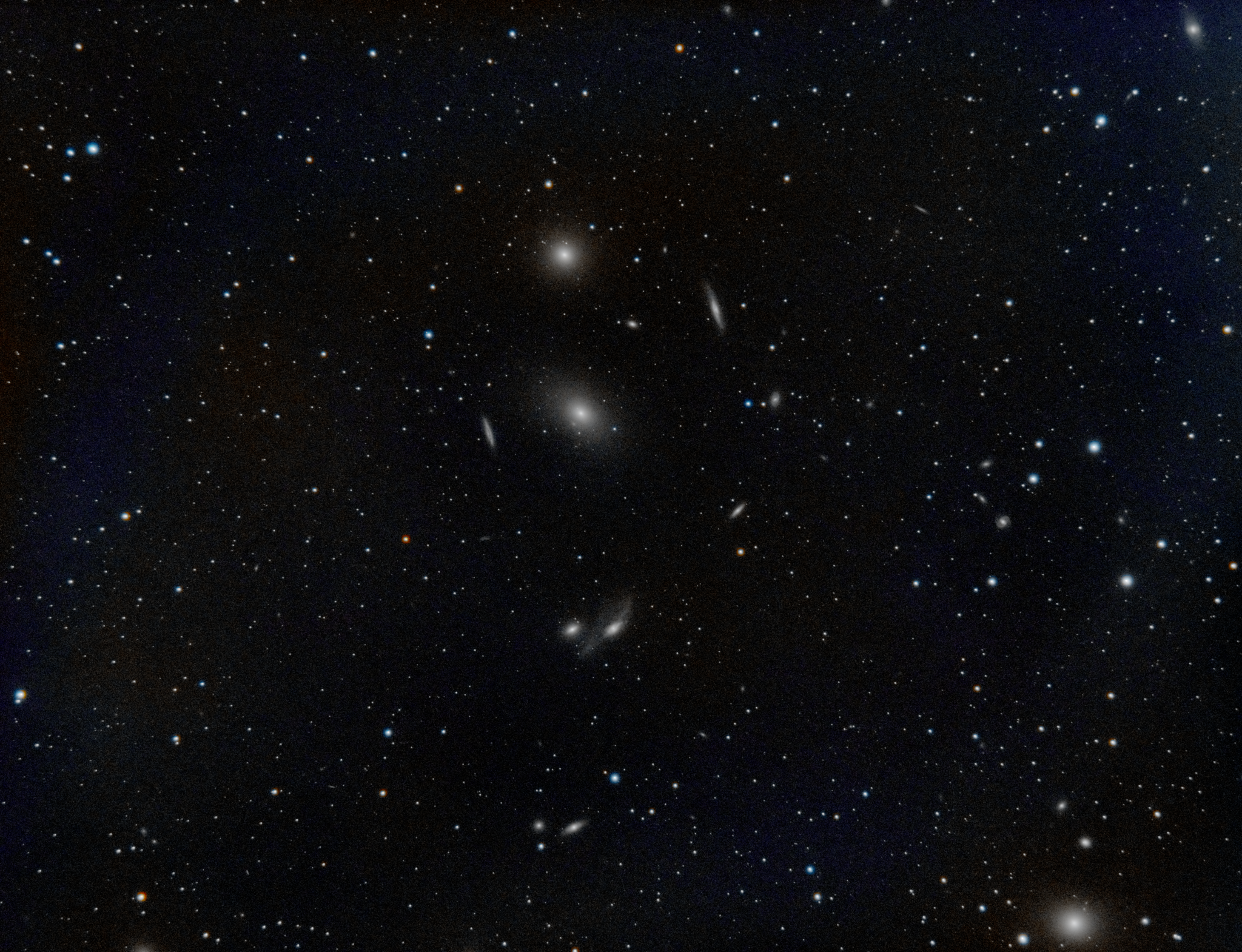 Sooooo, this was probably the worst experience I’ve had as far as the ratio of “work required to get an image” and “quality of the result”: basically ~8 hours overnight to gather LRGB data, and then an entire Saturday processing it, only to get some frankly shit results. I managed to get plenty of detail, but had a lot of noise and basically no color, which I attribute to the moon washing things out. It was pretty disheartening at first, but I have to remind myself I’m still a beginner and I’m still taking photos in an inner city Bortle 8 zone, so – perfect galaxy results are gonna be tough.

I took away a few lessons (well, things I need to learn) from this night’s imaging:

My new camera (ASI 1600mm) has gain and offset controls – kinda like ISO – and the choice you pick, of course, has an impact on exposure times and noise. There are settings that are ideal for relatively light-polluted skies (which I have), and I need to put more work into figuring out the ideal settings instead of just screwing around with it.

Flats, flats flats. The bane of my existence. Flats, if you’ll recall, are images you take of a “flat” white source, with the aim of reproducing flaws (dust motes, vignetting, etc) and subtracting them from your actual images. I’ve had a lot of trouble with flats to begin with and now with a monochrome camera, I have to take flats for every channel I photograph. I am not really sure what I am doing wrong, but my flats were very weird in the above session. My current process for taking them is just using an LED tracing pad, a white tshirt doubled over and just putting that on top of the telescope dewshield and turning it on. Possible problems: too close to the telescope resulting in reflections in the barrel? I dunno, but I think eventually I’m gonna give taking flats at twilight a while (basically just pointing at the sky) instead of using the LED tracing pad.

This is just my inexperience, but the learning curve to understanding the various ways you can combine luminance with RGB channels is very steep – and probably tl;dr for the purposes of this blog. But, the gist of it is that I did get it to work, but was dismayed by there being basically no color in the galaxies whatsoever (probably can blame the moon and light pollution for this), and lots of horrible fringes on the stars. I suspect the latter is probably the combination of bad tracking and uneven intensity of the RGB channels resulting in (e.g. red) being more pronounced and resulting in a fringe/halo around the stars. I think there are post-processing things I can do to reduce this, but we’ll see.

More recently, I had a clear night and a waxing gibbous moon, so I decided to take a photo of the moon – the first time trying it with the ASI 1600mm (which is not really designed for it, but hey): 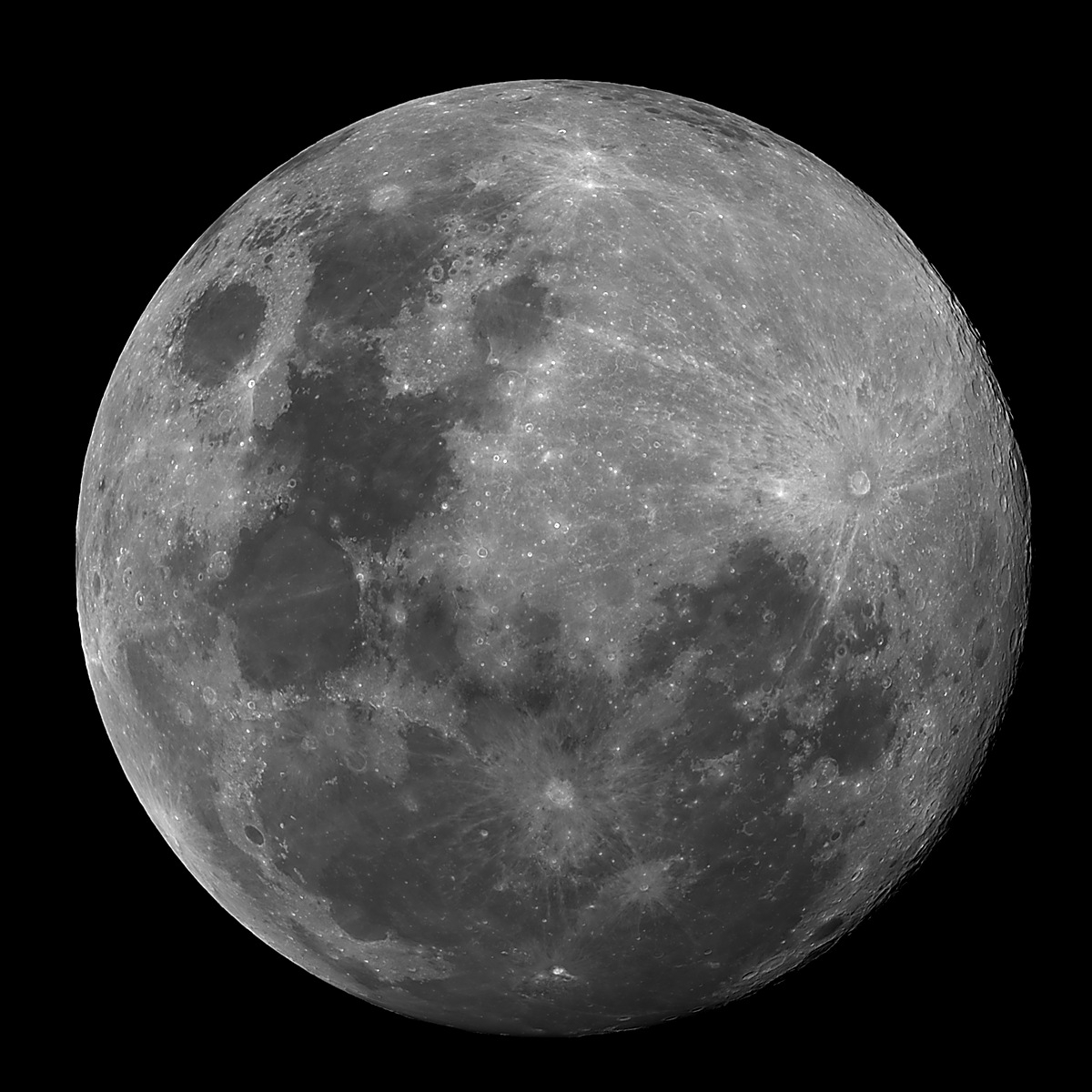 I shot it with the hydrogen alpha filter for shits and giggles – it came out pretty nice! This was around 100 exposures, which I took a first pass using PIPP and autostakkert in windows, but the results weren’t great. I took a second pass in Pixinsight registering (aligning the photos) and stacking. Normally in pixinsight you register photos with StarRegistration – basically, aligning the photos by the stars. Of course, with a photo of the moon, there are no stars. Fortunately there’s a handy script in pixinsight called FFTRegistration (fourier fast transform), which has the added benefit of being able to correct rotation. Obviously the moon itself isn’t rotating, but its position in the frame rotates ever so slightly as you’re tracking it across the sky. The results from this registration and integration were much sharper.

Since I already had the gear out, I couldn’t help but take a stab at some other DSO, so I pointed the scope at M13 – a large globular cluster: 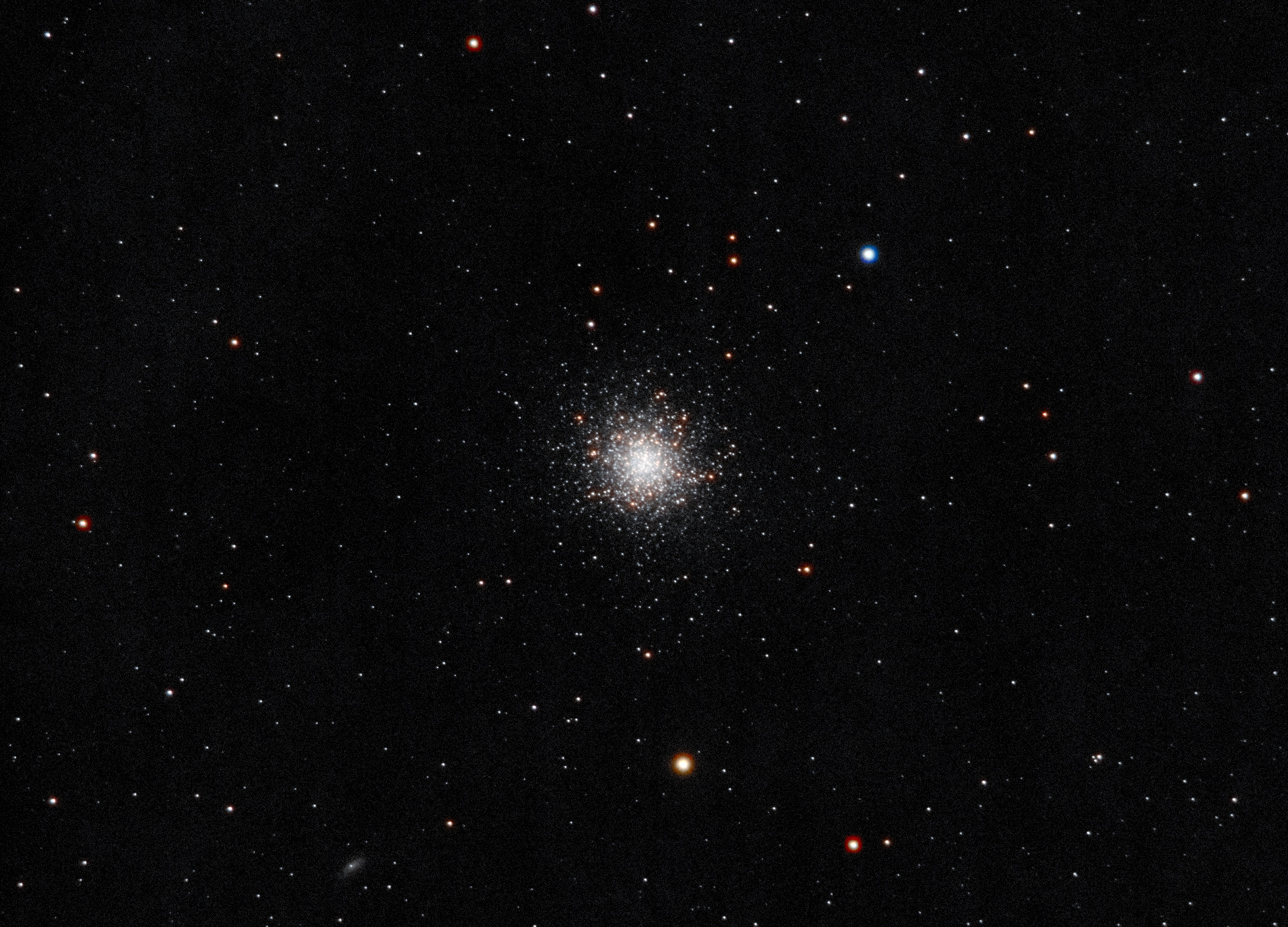 I didn’t even bother with flats or darks for this set, for two reasons: 1) I didn’t think it would matter as much for a globular cluster since it’s just stars, and 2) i was drunk and tired. Okay, so it was mostly 2). What I was happy with: I managed to actually get some color (distinct young/old red/blue stars) and plenty of detail in the cluster. What I wasn’t happy with: still tons of noise and still that really bad fringing on the stars. Nonetheless, I’m gaining confidence in the post-processing, which is good! Excited to try again.