A day of unexpected success! I hadn’t planned on doing any shooting tonight, but the skies were remarkably clear, so I gave it a whirl. First I wanted to try my equatorial tracker again, with the goal of producing a basic wide starfield free of as much noise as can be expected in the city. I’d previously been having a lot of trouble with post-processing. Specifically, my flats were overcorrecting the final stacked image. This time around, I shot the flats outside by putting a white t-shirt over my hood and aiming a diffuse LED flashlight at it. Still not ideal, but it yielded much better results. No overcorrection! 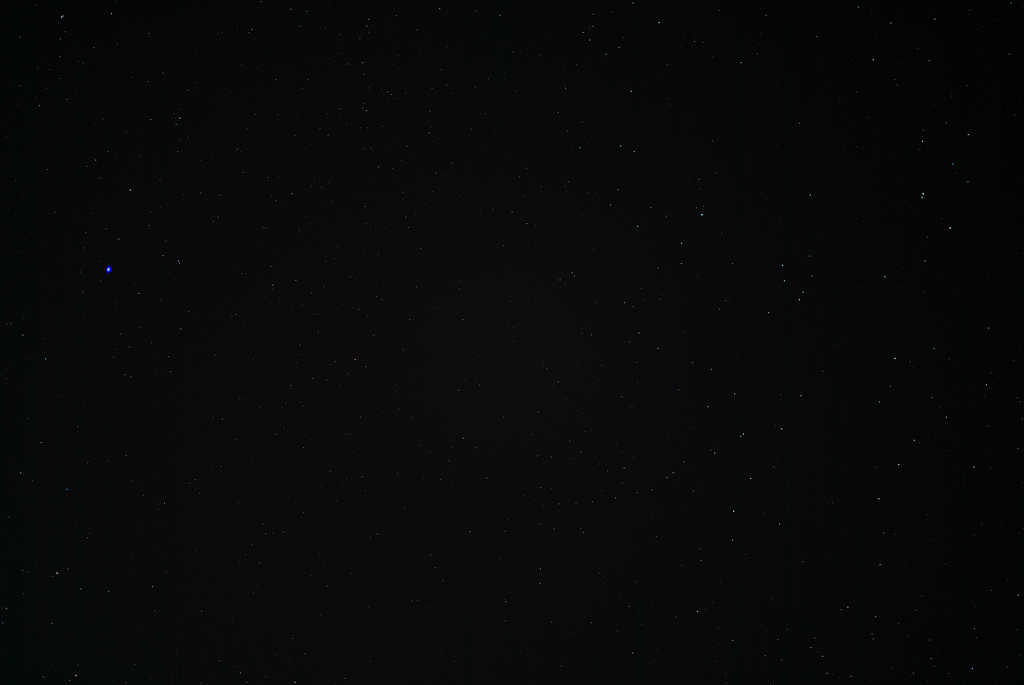 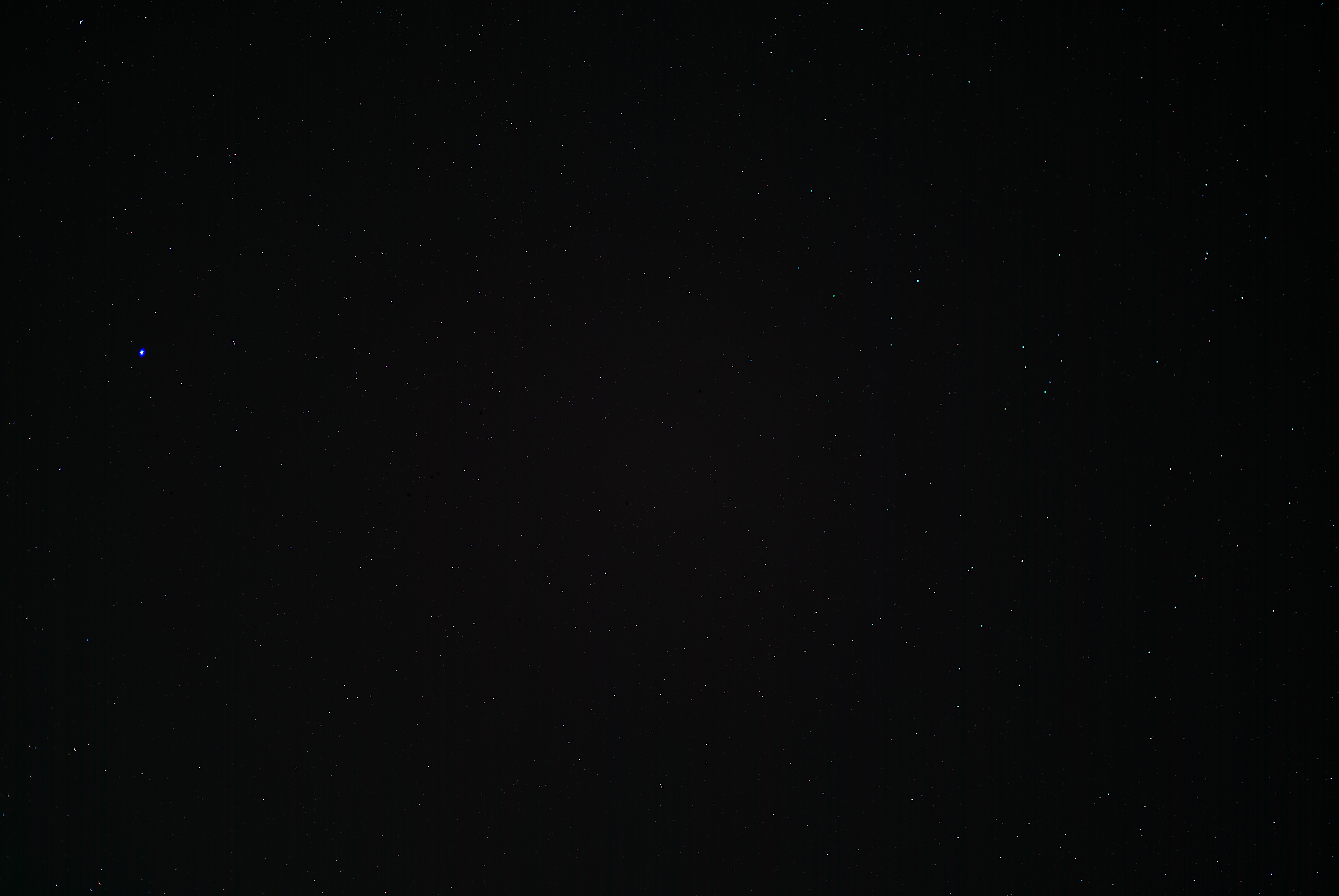 Still nothing amazing – I just pointed the camera straight up and away from the rising moon, so that’s Vega on the left completely blown out. Still some trailing, of course, because my polar alignment wasn’t quite perfect. Still, encouraging results.

After this, the moon rose, making any further starfield attempts kinda pointless, so I figured I’d try to get Mars (so far my white whale) again. I’ve had a lot of trouble with Mars – never getting much beyond an overexposed blur. I think it’s just so bright I kept consistently over-exposing it. I made an effort this time to expose it properly and had some moderate success for a change! First, I stacked the entire wide field w/ Mars in DeepSkyStacker so I was able to get a shot cropped with some stars around it: 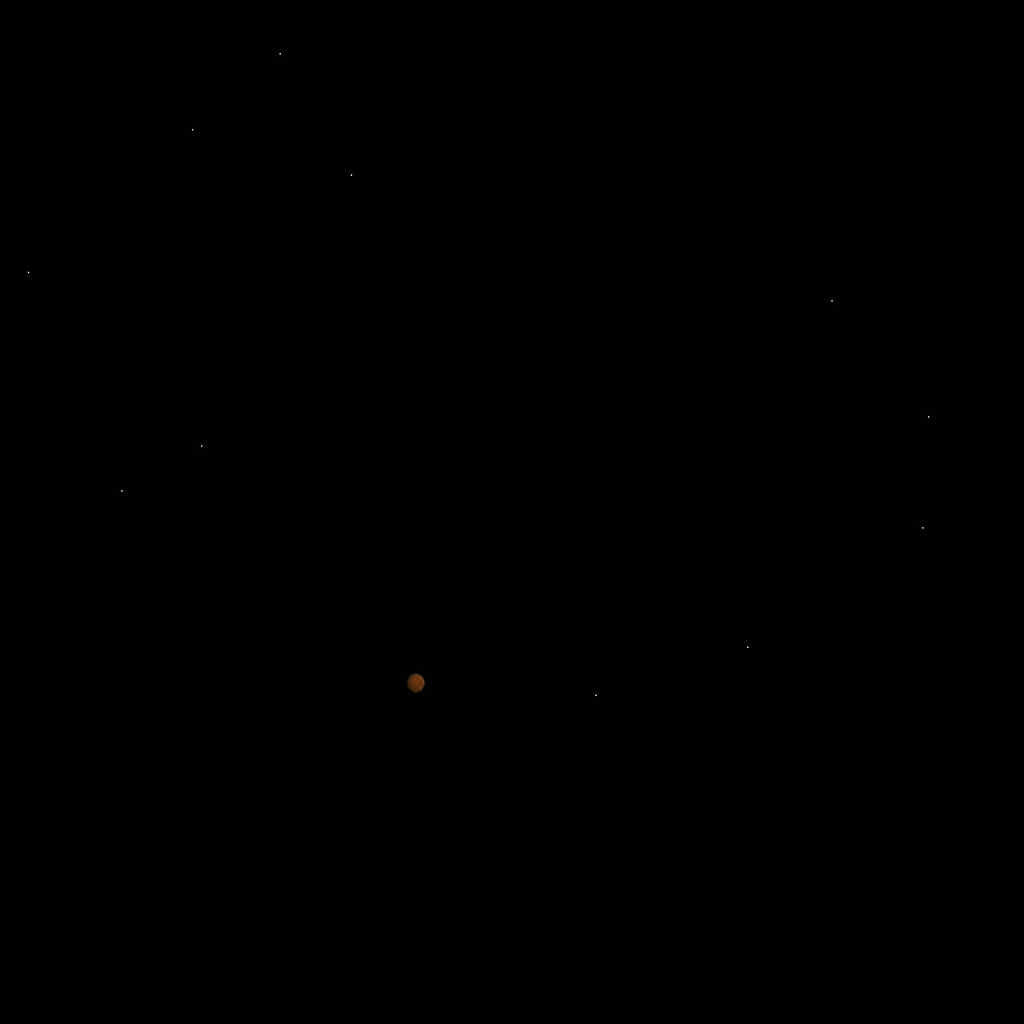 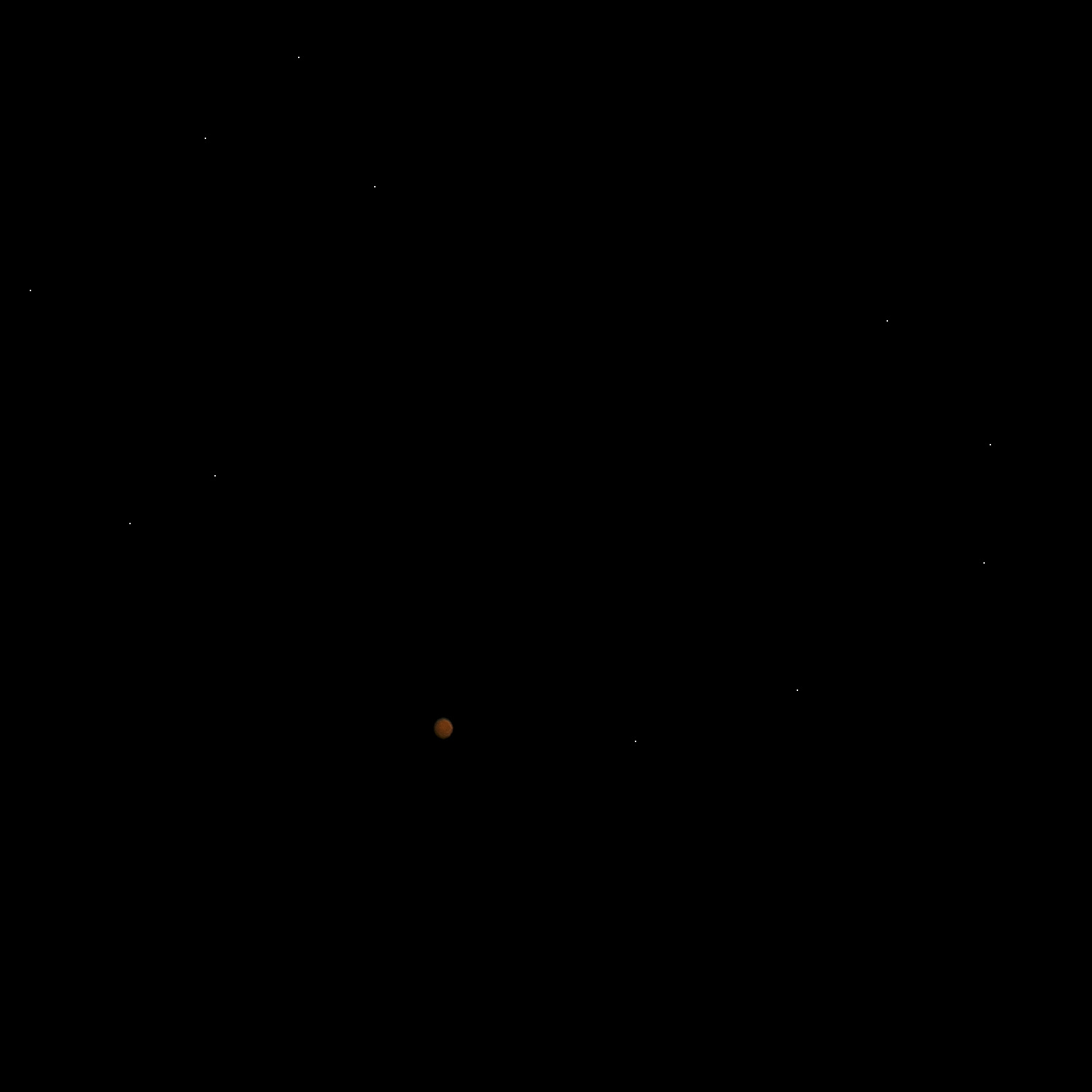 I then used PIPP and Autostakkert to stack just the planet itself. Pretty blurry but you can see a tiny bit of detail and, if you squint and really believe, the polar ice cap on the bottom. 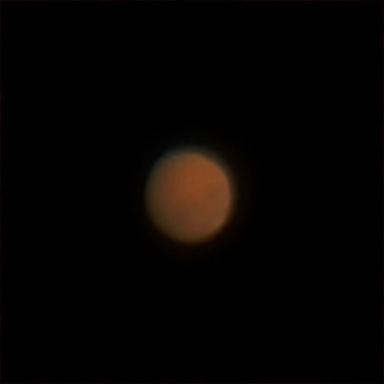